Milwaukee, Wisconsin – On Saturday, Dr. Leonardo J. Aponte M.D., 86, from the Clínica Latina S.C. at thr 1200 block of S. Cesar E. Chavez Drive in Milwaukee passed away as a result from complications of novel Coronavirus (COVID-19). Dr. Aponte had served more than 225,000 patients in nearly 45 years of affordable health and medical care service in the Southside of Milwaukee. Dr. Aponte was general practitioner, including a family medical practice and was a certified Nuclear Medicine doctor. He spoke four languages, French, German, Spanish and English.

In 2015, Dr. Aponte in a video celebrated his 40th Anniversary in medical practice and affordable care service to the Latino community.

Dr. Aponte worked on several projects, one of them was to create a minor surgery clinic facility to do affordable surgeries for patients saving them high cost fees otherwise charged at hospitals. The second project was to establish a resource clinic to treat drug and alcoholic addiction.

The Clínica Latina is a full health care service provider including minor laser surgery for the last 20 years.

In brief: Dr. Aponte arrived in Milwaukee from Connecticut in 1974 after finishing his Nuclear Medicine studies. He first practice medicine at the Medical Surgical Clinic at the 2500 block of W. Lincoln Ave. from September 1974 to July 1975. While at the clinic on Lincoln Ave., Dr. Aponte noticed that Mexican families weren’t getting the medical services needed. On August 1975, Dr. Aponte was able to start his practice in a one room office at a dental facility with late Dr. John Gonis who established Dental Associates on S. 16th St. (later renamed S. Cesar E. Chavez Drive) and Ron Silverman, his partner who had an Optical practice. He practice medicine for four months at Dental Associates and then briefly moved to the 1600 block of W. Greenfield Ave. on the upper level of the Gull Pharmacy. He practiced medicine for the next 8 years at 1322 S. 16 St. and provided free medical consultation to Mexican families at the Guadalupe Church School.

Update: On Monday, the Milwaukee County Medical Examiner’s Office listed Dr. Leonardo J. Aponte’s death as COVID-19 related and a result of complications with the deadly virus and the death investigation is ongoing for final determination of his death. 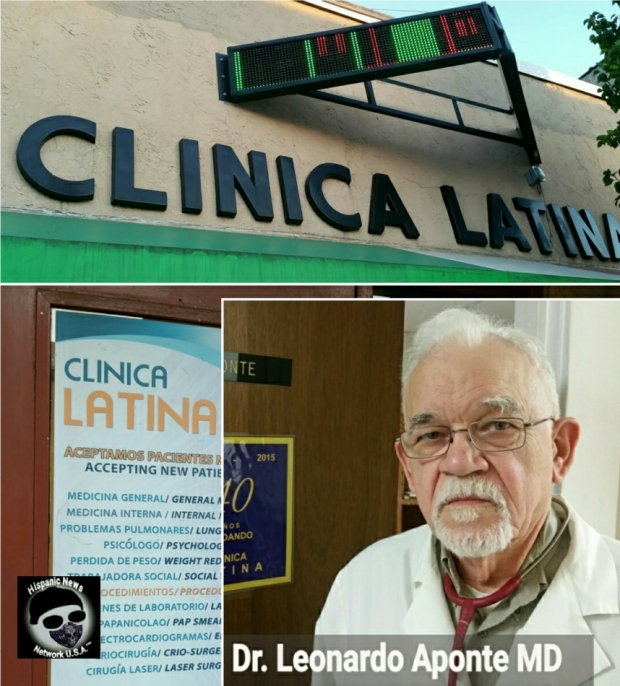 This entry was posted on May 24, 2020, 2:45 am and is filed under Uncategorized. You can follow any responses to this entry through RSS 2.0. You can leave a response, or trackback from your own site.